Fivepseq is a software package for analysis of 5′ endpoints distribution in RNA sequencing datasets. This is particularly useful for techniques that capture 5′ monophosphorylated RNAs, such as 5PSeq, PARE-seq or GMUC. It may also be useful for ribosome profiling datasets and alike.The main workflow of fivepseq is intended for downstream analysis of alignment files to describe the distribution of 5′ endpoints of reads relative to translation start and stop sites, as well as relative to amino acids or codons. It also computes frame preference of 5′ endpoint distribution and captures periodicity patterns.

The output of fivepseq is in the form of html report files, as well as text files and image files in portable network graphic and vector graphics formats. 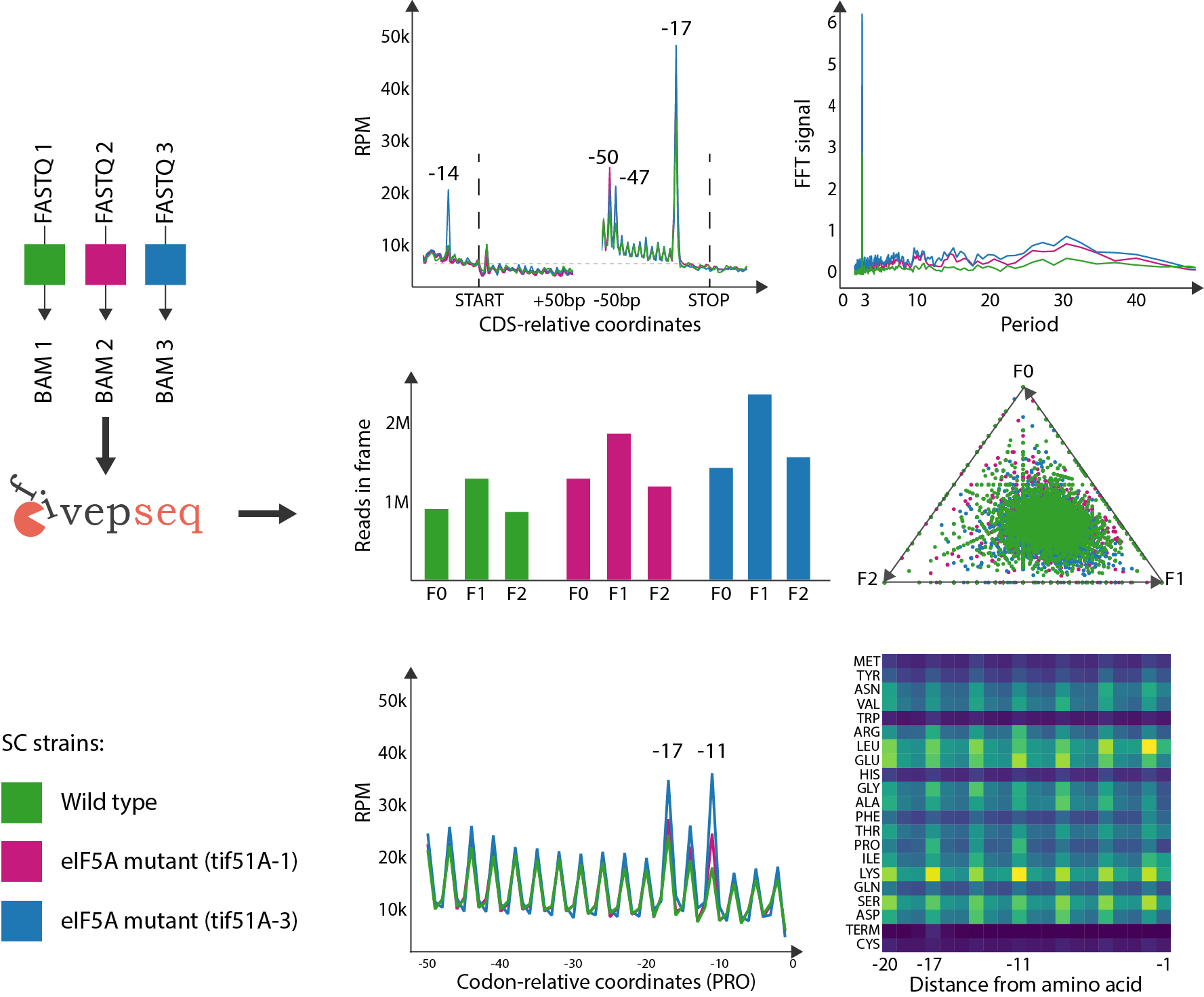 Fivepseq was originally designed for analysis of 5′ monophosphorylated mRNA degradation intermediates generated by the 5PSeq technique. However, it can also be applied to other RNA-seq datasets, where 5′ endpoints can be used for knowledge inference, e.g. PARE, GMUCT and ribosome profiling. Below are links to example fivepseq reports from publicly available datasets for three different techniques and organisms:

Fivepseq source code is deposited at github, and the package along with the user guide are available at PyPI. Please, see the User manual for detailed instructions on installation and usage.